Science: no poo capsules! Scientists have found that specific gut microbes that regulate the immune system may be saved by patients suffering from enteritis

In the "top 10 medical innovations of 2017" released by the Cleveland clinic, "the use of microbiome to prevent, diagnose and treat diseases" ranks as the first [1].

It doesn't seem to have been a surprise, either the professionals or the people who eat melons have seen the "power" of microbes in a variety of studies in recent years.

Microbes in the group at present the most popular and the most "hot" is the "gut microbes, want to through it to treat diseases, we certainly can instantly think discussion degrees high fecal bacteria transplant", and in order to let patients get better treatment experience, mind active industry rookie Seres Therapeutics is also eyeing the opportunity, developed the treatment of clostridium difficile bacteria infection (CDI) of fecal bacteria capsule SER - 109.

After a phase I clinical cure rate is as high as 97% (30 patients had 29 cured), won the award for the FDA "breakthrough treatment" and so on after the brilliant, this industry has high hopes of drugs in 2016 phase II clinical "stumble", its treatment effect and no significant differences compared with placebo.

Once the results were announced, Seres jumped almost 70% overnight, wiping out two-thirds of its $1.5 billion market value.

Why did Seres fail?

Is there something wrong with the ingredients?

The core of the ser-109 is gut bacteria, and the researchers are using bacteria spores in the feces of 50 healthy human feces that may be beneficial to CDI patients' "weak immune system".

Note that is "may be useful", this means that developers of these bacteria can actually what kind of role does not do "in mind", so does that mean that, if found exactly microbes capable of regulating the immune system, can largely avoid this kind of "ambiguity", to "precise" gut microbes transplantation?

Recently, the university of Washington school of medicine, Marco Colonna professor led his team in an article published in the journal science, they really found the gut microbes can be adjusted by special immune cells - Roy's Lactobacillus (Lactobacillus reuteri)!

Not only that, but they also found that the beneficial bacteria that are abundant in the intestines of healthy people want to play a role, and that tryptophan is needed to help [2].

Professor Colonna says this will help many intestinal inflammatory diseases, such as IBD.

IBD has long been considered a "western disease" and is less common in less-developed regions, but the incidence of the disease has risen rapidly in Asia, especially in China, for nearly two decades.

Over the last 20 years, the total number of IBD cases has increased by more than 24 times compared with the previous 10 years.

According to the 2015 nature reviews: gastroenterology and liver disease review article published in the magazine, in the next 10 years (2015-2025), China has the highest prevalence rate could reach 0.1%, the number of cases will be more than 1.5 million, 2025, nearly equaling the west [3].

As a kind of chronic disease, patients with IBD for torture is "all-round multi-angle," repeated abdominal pain, diarrhea, bloody, not only affect the normal work of life, also affect mood, so patients with IBD is often associated with different levels of depression.

Past research has shown that patients with IBD intestinal inflammation is caused by overactive immune system [4], and in our gut is a special kind of immune cells in the "double positive intraepithelial T cells (double - positive intraepithelial T lymphocytes, DPIELs)", by CD4 + T cell differentiation, responsible for the steady state immune regulation, increase the susceptibility of the immune system, "calm" overactive immune response, can relieve inflammation of the patients.

For sterile mice, DPIELs are nonexistent, so this suggests that gut microbes are necessary for its production.

But who is this mysterious microbe?

What are the metabolic products associated with it?

None of this is clear.

This time, researchers have a definite answer.

The discovery of the research results can also be derived from a "surprise", the researchers found that their laboratory in one of two groups of mice to carry a lot of DPIELs, while another group of little.

To investigate the cause, they transplanted the flora of the DPIELs mice to another group of mice, which also had a significant number of DPIELs.

In order to identify the exact strain, the researchers divided four kinds of antibiotics use, found with real DPIELs exists or not is related to neomycin resistance of gram positive bacteria, narrowing the scope of the filter again, after finally selects the six types of bacteria, one is Roy's lactobacillus and five others were bacteroidetes bacteria.

After a one-by-one transplant, the researchers found that only the lactobacilli of the bacterium had determined whether CD4 + T cells could be differentiated into DPIELs, while other bacteria had only enhanced effects. 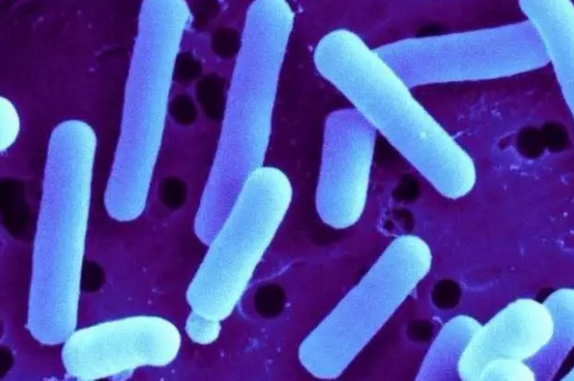 How does lactobacilli make T cells differentiate into DPIELs?

Bacteria can guide T cells through their structural components, such as polysaccharides, or metabolites, such as short chain fatty acids.

On the analysis of the Roy's after several of lactobacillus metabolites, the researchers found the indole - 3 - lactic acid by activated CD4 + T cells in a receptor, the decrease of the transcription factors Thpok expression, CD4 + T cells can differentiate into DPIELs.

So what's the indole-3-lactic acid?

So does tryptophan do wonders?

The researchers conducted a mouse experiment.

The standard tryptophan level of DPIELs was twice as low and three times as high for normal mice that were normal.

It's worth noting that DPIELs are in common with mice.

And it has been found that IBD patients tend to have genetic defects associated with tryptophan metabolism, which also adds credibility and practicality to the study.

Through this research, the singularity cake, if in clinical can verify these conclusions, then later for IBD patients, the doctor is you can use "explantation bacteria, complementary glycine in" approach to treat them?

In fact, for gut microbes of drug research and development, the leading figures in the field of gut microbes in China, Shanghai jiaotong university professor zhao has said, now the biggest bottleneck is the understanding of gut microbes is still not enough, we to the function of different microorganisms, which can increase or decrease of pathogenic microorganism, cure is very fuzzy, should put the beneficial bacteria and harmful bacteria literally identify clearly, such ability development of targeted drugs.

The emergence of the study, including the past some study of a single bacteria play a role of the disease, whether all the prompt us that today's "fecal bacteria transplant" treatment also has the very big progress space?

Fecal bacteria transplantation in a certain sense, also has been in a state of "black box", some researchers have proposed, is likely to be such a comprehensive "micro ecology" can really play to utility, so these studies is to overthrow this assumption?

Maybe we just need one or more microbes to achieve the same effect.

For the singularity, the question probably needs to be verified by researchers.